The brain is a sophisticated engine working 24/7 and gets its fuel from what we eat. Healthy food equals premium fuel. Anything less than premium can be damaging. So poor nutrition can have negative consequences on the brain’s structure and function, including mood.

Of course, researchers aren’t done investigating causes and effects. But some amazing results are in. Here are a few that link a healthy diet to a healthy brain:

Time to stock up on the fermented food of your choice. Is it pickles, sauerkraut, kimchi, or kombucha? These are natural sources of probiotics. Not a fan? Then you should at least try, or have tried, yogurt for breakfast.

There are several reasons you must make probiotics-rich foods part of your diet. One of them is that probiotics can prevent tissue damage by reducing free radicals and inflammation. Scientists are looking at probiotics to prevent or reduce brain tissue injury, specifically in patients at risk of stroke. On top of this therapeutic benefit, you can also expect positive effects on anxiety and stress levels.

Fermented stuff means unprocessed, so it’s a good starting point for those who want to eat clean. Once you get the kick out of it, you might also realize it’s just as good as other healthy options. And that these foods have a pleasant taste after all.

Your Western diet of fast food and sugary drinks may be putting you at risk of depression. To be clear, saturated fats and refined carbohydrates are not the only reason for the genesis of the disorder. But piling evidence shows they are partly to blame.

The good news is that increasing data also support the reverse. Consuming nutrient-dense foods can lower your chances of getting depression. So go nuts over traditional staples like fruits and vegetables. And do not forget whole grains and fish. Come to think of it, these are the A-listers on any health convert’s list.

Interestingly, studies that link diet to cognitive health also involve whatever is happening in the gut. Its microbiome can have an impact on the brain, specifically the hippocampus, which regulates our mood.

You might have caught this fact in some commercial before. But here is a professor of neurosurgery and physiological science at the University of California Los Angeles to give you the science behind it:

“Omega-3 fatty acids support synaptic plasticity and seem to positively affect the expression of several molecules related to learning and memory that are found on synapses.”

The professor is Fernando Gómez-Pinilla, and he had really beautiful things to say about omega-3 fatty acids in this article. But the most fascinating of all is that your food choices can affect your grandkids’ brain molecules and synapses. So, do you want descendants who perform and behave well in school? The secret can be in your balanced diet. Isn’t that a nice food for thought?

And for those who are not sure, a variety of foods contain omega-3s. Some examples would be salmon, mackerel, tuna, sardines, walnut, chia seeds, soybean oil, and some fortified foods like eggs, milk, and juices (check the label).

We know that scientists test their hypotheses on lab rats first. And there are those who have discovered that flavonoids, together with exercise, promote cognitive enhancement in rodents. These phytonutrients also turn out to improve cognitive function in the elderly. This may be due to the increased blood flow to the brain.

Further, their antioxidant and anti-inflammatory effects may lower the risk of developing dementia, Alzheimer’s disease, or Parkinson’s disease in older people.

This is where it gets more fun for you. You can get your flavonoid fix from dark chocolate. Red wine has a high content of flavonoids, too. Add to your options green tea, Ginkgo tree, citrus fruits, cocoa, and other fruits and vegetables.

Yes, you may have found another reason to spend on your favorite natural food. Apparently, this fatty fruit contains monounsaturated fat. In turn, this component promotes healthy blood flow in the brain. Just watch your serving, though, as avocados are high in calories. We advise alternating them with other brain foods.

The closest in terms of the effects are blueberries. These are said to help you live long and maintain vitality. You can have them in any of their forms, fresh or dried or frozen.

Other brain foods to try are pomegranate juice, freshly-brewed tea, and beans. A few choices overlap, like salmon, nuts, whole grains, and dark chocolate. We should remind you about that saying about moderation, though.

Together, the components of a healthy diet seem to have an effect on brain size. A study conducted in the Netherlands over 10 years found that people who observed healthier diets similar to the Mediterranean diet “showed larger total brain volume… [and] had more grey and white matter, which is a way of measuring the amount of nerve density in the brain.” Their hippocampi were also larger.

For those who have no idea, the Mediterranean diet is mostly plant-based. Whole grains and fish are cooked the traditional Mediterranean way.

As for the findings, the researchers believed their study could fit into the bigger context of linking diet to brain disorders.

So there you have it. Most of the things shared here are backed by science. Or at least they can be traced to careful investigations by academics. Perhaps, they might reinforce what you already know about healthy eating. But now you can actually name the benefits for your brain. Moving forward, you can choose only premium fuel for your engine.

9 Exercises To Try If You Sit All Day

Reasons Why Daily Dose of Bananas Will Change Your Life

8 Healthy and Effective Tips to Help You Lose Weight

Importance of Eating When Losing Weight

8 Healthy and Effective Tips to Help You Lose Weight

Losing weight is a goal that thousands endeavor to achieve. Some go on boundaries and challenge their limits to get to that goal of losing unwanted fats or gains. There are instances wherein the want to lose weight is driven by the desire to achieve model-like bodies and be able to confidently post a picture worth hundreds of likes. However, when losing weight, one’s sole reason must be to live a healthy lifestyle and improve their well-being. 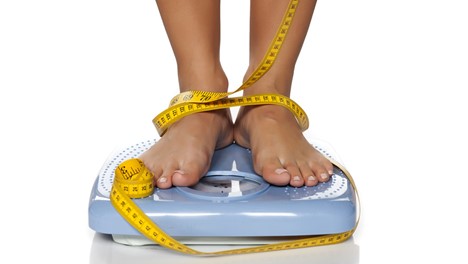 Here are 8 effective tips to help you lose weight and achieve a healthy lifestyle:

1. Drink plenty of water. Drinking soft drinks and other drinks that are high in sugar means you are taking in high amounts of calories which causes you to gain weight. This is why it’s important to always check the nutrition labels of these products so you can make…

Waking up can be the hardest thing to do, especially when gravity is marvelously doing its job in keeping you glued to the comfort of your bed; the urge to go back to sleep is incredibly intense. For some, mornings are the messiest part of the day; snoozing the alarm two to three times before finally getting up, bolting into the bathroom, checking social media, and rushing around to be in time for work or class.

Although most are used to the same old frustrating process, living every day the same way may grow boring and result in losing motivation. Others may feel like they are merely existing and not finding the sense of liveliness in their day. It is why morning routines are vital as they positively influence the tone of the day. Also, certain morning rituals help with our peace of mind and our emotional and physical well-being.

Picture this: January 1st, you wake up to the vibrant rays of sunlight seeping through your curtain’s fabrics, you open your phone and your feed is bombarded by photographs of aesthetically appetizing vegetable salads, mirror selfies of people in workout outfits followed by a “stolen” photo of a friend in the middle of a home-based workout session; all posted with a caption that reads “New Year, New Me!”

Laughing was your immediate reaction, in thought that this isn’t the first time you’ve ever witnessed them go all out with their new and fresh fitness regimes and diet. Unmistakably, after a month or so, the healthy lifestyle posts slowly disappeared from your daily encounters in social media and now only remain deep in the accounts of those who had posted them; like a momentary wave that will most likely return next year.

New Year’s Resolutions are commonly unsuccessful. People start with such…

Reasons Why Daily Dose of Bananas Will Change Your Life

Bananas and Its Effect On Your Health

Bananas are all around us; It is the crowd favorite everywhere in the world. In continents like Asia (there are just too many bananas), America, Europe, even Australia, bananas are very well-liked and favored. A banana is an elongated fruit that varies in color (it ranges from green to yellow, some are red) and tastes to those who don’t know. They come from a family of Musa plants, which are natives of Southeast Asia and grown in many of the warmer areas in the world (Arnarson, 2019). It is rich in numerous vitamins and minerals that immune us from harmful diseases and keep us hydrated. There are many kinds of research out there that proves banana’s effectiveness to ward off or to help us fight some deficiencies.

Listed below are the Vitamins and Minerals present in a piece of banana:

Importance of Eating When Losing Weight

Are you one of those people who consider skipping their meals just to lose weight quickly? Trust me, as someone who dreams of having that thin and “perfect” figure, I’ve been there. Other people consider eating once a day, and because they can see the promising results immediately, they tend to just stick with that diet for a long time… Which is actually dangerous.

You see, our bodies are designed to do something; It is intended for activities. If we deprive it of the foods and chemicals that it needs, it may lead to lousiness, crankiness, and even complicate other vital systems’ functions inside our body.
Our bodies have their own healing powers to become well and stay healthy on their own- if only we provide sufficient amounts of nutrients inside them.

According to the book entitled “Fit For Life,” it is not enough to determine levels of nutrients based on chemical…

In these times, when we are in our house, we often ignore our responsibilities and stay idle. We may think that it is our way of relaxing- but it is not. Laziness can affect us greatly than we expect- it can cause excessive stress and physical disturbance. Also, this can lead to irreversible health damage. So, here are some of the practices you can nourish to put an end to your laziness.

According to studies, there is a link between diet and mental health, not just specific foods or nutrients, which means that there is no superfood for mental health rather it is important to have a balanced diet.

So, eating a wide variety of vegetables, fruits, nuts, seeds, wholegrain cereals, legumes, low-fat dairy, lean meat, and oily fish will make you healthy not just physically but also mentally. Keep in mind that what…